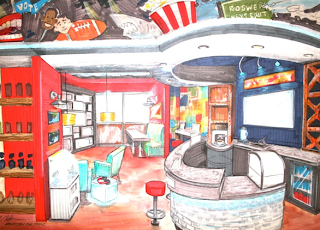 Setting one's self apart from the competition, in my mind, is the new age mother of invention. With technologies ability to crawl, index and categorize everything from A to Z, it seems to me that the only way to be noticed is to be extraordinary at what you do. I have had the distinct pleasure of working with a new Pediatric Dentist on the scene whose ideals and vision is more akin to the extraordinary Walt Disney than a dentist.


As a child, I did not have the greatest of experiences with the dentist. Mine was a seemingly nice guy in his later 50's, white coat and pressed slacks. He spoke softly filling the air with a medicinal blend of mouthwash and cologne. His office was very clinical with textured wallpaper, old magazines, vinyl covered chairs and a walled off reception desk that seemed more like a security check point for what goes on beyond the walnut door marked "Please check in with the receptionist." The office was the product of the clinical mindset, function over form and was designed to get straight to business and get it done effectively and efficiently. There wasn't a surface material in the office that couldn't be pressure washed, scrubbed with bleach or hauled off in a hazmat suit. Counting the precisely place holes in the acoustical tiles, while he rummaged through my mouth was the only escape from the reality of the situation....cavities!

I open the door, expecting to see the recycled vision of my childhood dentist standing before me. This was my first meeting with Dr. Dustin James and I was manifesting the pains of dentistry through the sweat on my brow and the quiver in my hands. Although this was a meeting over design, I somehow felt I was going to end up driving home with gauze in mouth and drooling. To my surprise, standing before me is a thirty-something, bright smiled engaging man with an honest whit, personable way and thankfully no medicinal smell.

Usually when I'm hired to consult or design for uber professionals like dentists, lawyers or doctors, there's a huge communication gap to overcome. I speak in the abstract of the imaginary, waiving my hands as if to carve space into realized objects. They on the other hand are products of their disciplined education hoping for well defined ideas, pragmatic principles and designs that fit into blueprints not storyboards or renderings.

With Dr. James, the initial awkwardness was a product of my experiences now a preconceived notion. Straightline linear this....color theory that, speaking with my hands restrained were all futile exercises designed not to frighten this Doctor of Science with my left brain visions. In a moment he shattered those notions by starting to waive his arms around, motioning objects in the air and talking about movie sets, old restaurants and Walt Disney World. I had entered the twilight zone. Feeling more like I was being punked than interviewed for the work to be done.

Dr. James and I have been friends and collaborators for three years now. We communicate with our hands flying, chicken scratches on the back of napkins and pages of renderings depicting the imaginary realized. Between us we have a museum's worth of story boards, design sketches and mockups of our ideas. Our inaugural project Dentistry for Kids was a success and it's neighboring DFT- Dentistry for Teens recently debuted as the first dentistry office geared especially for teens.

If you haven't experienced the extraordinary in pediatric or teen dental care than I invite you to Wilsonville, Oregon, to visit his offices. 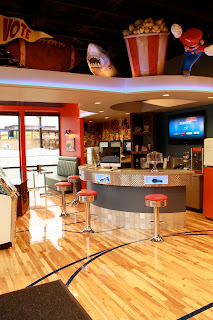 Designed from the ground up for teens, DFT features a technology counter for MAC browsing, smoothies and online music and game play. Props from my studio line the movie theater like cloud above the counter. 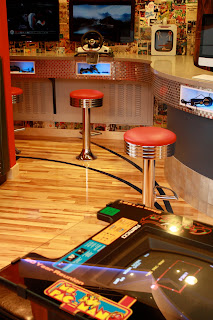 There's a bank of Video Game screens for XBox and Playstation play amongst the comic book wall. A vintage Ms. Pacman table console and a DVD jukebox offer entertainment. 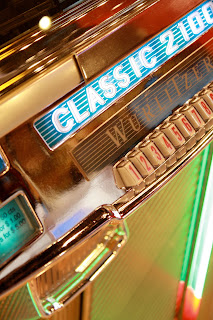 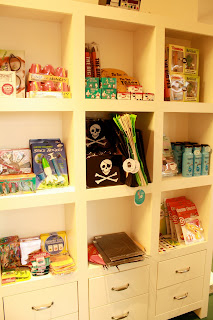 After the visit his patients drop by the prize cabinet for a fun take home gift. 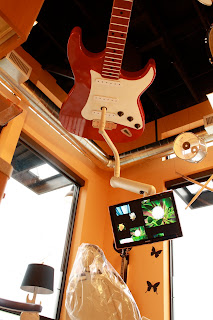 If you'd like to see more pictures be sure to check out and like my Facebook page.
Also, you can see some of our themed operatories here.

For those of you not familiar with the birth of Disneyland, I recommend the book IMAGINEERING-A behind the dreams look at making the magic real from Hyperion press.

Posted by Aaron Christensen at 2:49 PM

Our Etsy Shop is now open

Shop for my art and products on our website:

Sign up to hear about studio happenings, contests and subscriber only information.